I love Rebecca Connolly’s books. The second review we ever posted when we started this venture was of her book Secrets of a Spinster (review here). One of my favorite scenes in that book was the masquerade ball. I adored how it was written and the layer it gave to Geoff and Mary’s relationship. I must admit that I was a little surprised when I got into A Rogue about Town and came across another masquerade ball where the heroine, Amelia, also goes as a mysterious goddess. Either Rebecca Connolly has gone to a masquerade as a goddess and wants us to relive the amazingness of that night vicariously through her characters, or she secretly wants to. I’m probably being a little nonsensical, but whatever the reason, both scenes totally worked and I’ll tell you why.

Gabriel Statler, Lord Wharton, has a problem. His duties as an operative for the Crown are being compromised for the sake of his cover, where he is known only as the Rogue. His days are now filled with trivial investigations, and none of the problems are ones he wants to solve. Then he meets a mysterious young woman who holds more secrets than he likes, and, against his better judgment, he takes her case.

Amelia Berger needs the Rogue, and she needs everything he can offer without revealing everything she knows. Her secrets are her own, and she has far too many to risk revealing even one. But when working with Rogue turns into something entirely unexpected, she finds that the secrets she began with are not the ones she most needs to protect.

Rebecca Connolly does two things (well probably more than that…) that make her stories stand out. The first is every scene and moment in her books have purpose whether to develop the character or to drive the plot. I loved how climatic the masquerade was in “Secrets of a Spinster” and was equally as impressed with how the masquerade in “A Rogue about Town” not only shifted things for Amelia and Gabe’s relationship, but what it did for Gabe as a person. His realizations of himself and others was probably my favorite thing about his book, second only to Amelia’s journey of letting go of revenge.

Rebecca Connolly has a gift for writing diverse and entertaining characters. This was evident in both Rogue and Amelia, not only did their quirks draw you in and endear you to them. But, the journey their characters went on through the course of the book made for a riveting plot.

You can see the same things in her story that’s included in The Queen’s Ball Timeless Victorian Collection; unique and endearing characters that carry you along on an intriguing journey. 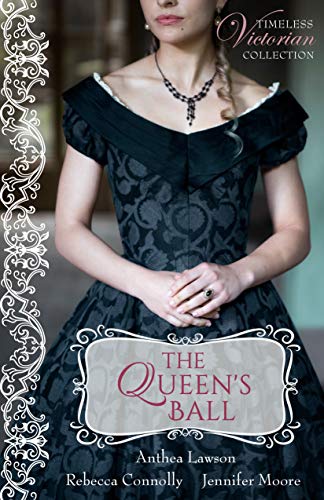 PS – Her next book in the Spinster Chronicles comes out Nov. 1st 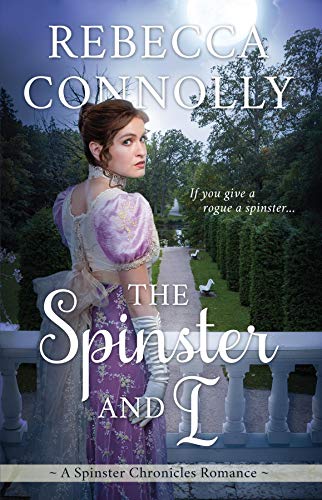 “Prudence Westfall, spinster, has unexpectedly had the greatest misfortune of all: she has inherited a fortune, and is now an heiress. But as a Spinster, and a stammering shy one, nothing could be worse than having a bevy of suitors pay her attention. Opportunity strikes at a house party when the most unlikely person offers the perfect solution.

Camden Vale is no gentleman, and he’s not prone to saving anyone, but something about Prue changes all that. When his offer to befriend her extends beyond the house party, and his feelings extend beyond expectation, no one is more surprised than he. Except, perhaps, for the other Spinsters, and they have much to say on the subject.”