My oldest has been on a Scooby-Doo kick recently which has naturally put my youngest, a three year old, on a ghost kick. He tells me he sees ‘ghosties’, everywhere.  I can’t tell him ‘ghosties’ aren’t real, because frankly I try hard not to outright lie to my children. I can’t seem to help him understand however, that they’re different than they’re portrayed in Scooby-Doo. Then again I let my children believe in Santa Clause so there’s that. Where do you draw the line with your children between fantasy and reality? I obviously haven’t figured that out yet. Maybe because I love a good fantasy myself. Combining a generous dose of the supernatural with my favorite regency time period is the perfect escape novel. Marie Higgins has done just that in her novel, Madison’s Gift.

In a world full of normal people, Madison Haywood stands apart. Madison sees things that others cannot, and she uses her visions to assist people who are in trouble–even the Metropolitan Police. Not everyone is accepting of her gift, however, and she isn’t certain what to make of the handsome police inspector, Cameron Westland, who has a habit of interrupting her life.

Cameron Westland’s younger sister has gone missing. Working as an investigator for the Metropolitan Police isn’t getting him anywhere. But when his other sister brings in a woman claiming to have visions, he’s leery to believe. Although he’s attracted to Miss Haywood, he thinks she is losing her mind. Desperate to try anything to find his lost sister, Cameron gives the puzzling Miss Haywood a chance and soon finds himself in danger of losing his heart.

Marie Higgins made Madison both supernatural and relateable, which is a delicate balance for a writer to achieve. The mystery was well plotted, if a little predictable, but there were a few surprises and I like how it unfolded.

The chemistry between Cameron and Madison was well written and sweet. Marie Higgins did a beautiful job of portraying the strengths that each character brought out in the other and their mutual need to trust.

Including Alice’s backstory was an interesting diversionary subplot, but it was left a little vague in the end. Leaving me guessing why it was left so open and unresolved. I’m hoping it was purposely done and we will get more information on Alice in another story. Madison’s story is the first of three, you can find the other two on Amazon. 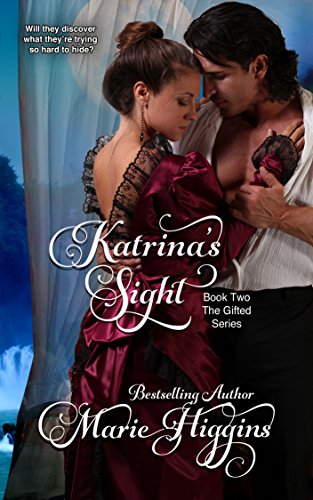 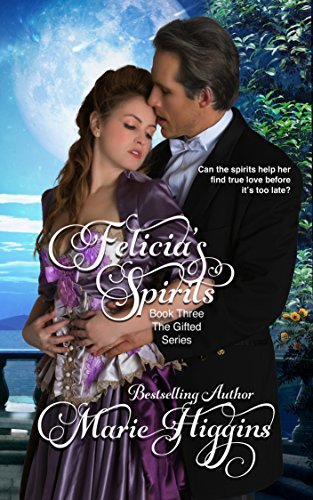