The letter Captain Wentworth writes to Anne Elliot near the end of Jane Austen’s Persuasion is perhaps the most beautiful love letter penned.  The half agony, half hope tension through out that story is one of the things that makes it so stirring. Amberlee Day has replicated that enticing tension in her re-telling “The Scientist, The Sea & The Billionaire. 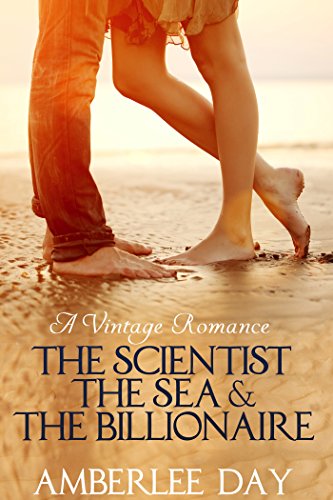 “Marie Frye has only one regret, and it’s a big one: letting her father convince her that she couldn’t be a successful scientist and have the love of her life, too.

Tagg Berger is always busy playing tennis, or surfing, or skiing…or running the multibillion-dollar company he started in the pursuit of perfect sports equipment. The one thing that slows Tagg down is the tug at his heart, the girl who chose her career over him, the girl he never stopped loving.

After years apart, the remarriage of mutual friends brings Marie and Tagg to the beautiful north Caribbean islands of Turks and Caicos. While the memory of lost dreams keeps them apart, sparks still fly when they’re together. But, if they’re going to find true love, they’re going to have to learn to trust one another again, and trust is harder to build than a billionaire-dollar company.”

Amberlee Day has created characters that adorably resemble the unique qualities of the original characters, each with their individual modern twist. They were well written and entertaining in their own right, but you also knew and enjoyed the character they were mirroring from Jane Austen’s initial story.

The angst of lingering love between Marie and Tagg is written so well you instantly connect with their feelings and their longing. The whole thing was a sweet rendition of a classic with all the right plot points and hope of rekindled love.

The only thing I didn’t love was the title, it’s a bit of a tongue twister, especially when the original was so sweet and to the point, but then again I’m not a publisher…