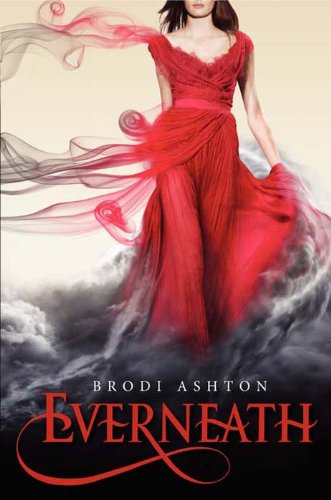 Last spring, Nikki Beckett vanished, sucked into an underworld known as the Everneath, where immortals feed on the emotions of despairing humans. Now she’s returned—to her old life, her family, her boyfriend—before she’s banished back to the underworld . . . this time forever. She has six months before the Everneath comes to claim her, six months for good-byes she can’t find the words for, six months to find redemption, if it exists.

Nikki longs to spend these months reconnecting with her boyfriend, Jack, the person most devastated by her disappearance—and the one person she loves more than anything. But there’s a problem: Cole, the smoldering immortal who enticed her to the Everneath, has followed Nikki to the mortal world. And he’ll do whatever it takes to bring her back, this time as his queen.

I really enjoy Greek mythology. Everneath is a retelling of the story of Persephone. However, I felt as though it was so far from Greek mythology while trying to include it it had me confused.

The story begins in the middle giving you flash backs which were hard for me to follow (but maybe that’s just the pregnant brain talking). When I took the story out of the idea I had envisioned it to be I enjoyed it more.

It had my ever favorite love triangle. Brodi Ashton did really well in making you feel for the bad guy and sometimes get real mad at the good guy. She has a good twist at the end that though I did guess at, I wasn’t 100% sure was happening till it did; which is always a plus in my book.