Have you heard of Kindle Scout? It’s this awesome publishing process where an author can submit a new, never-before-published book to amazon. Then readers help decide if a book gets published by nominating books they would like to read. Selected books are then published by Kindle Press. The best part for the reader, if the book you nominate is published, you get a free ARC of the book. Win-win I say.

Two of my favorite author’s have recently branched out from their customary writing time period’s and had more contemporary books published through the Kindle Scout process. You can see our review of Annette K. Larsen’s book “If I Could Stay” here.  The other one I was really excited about was Rebecca Connolly‘s Love Out of Focus  which will be released on the 27th of this month. 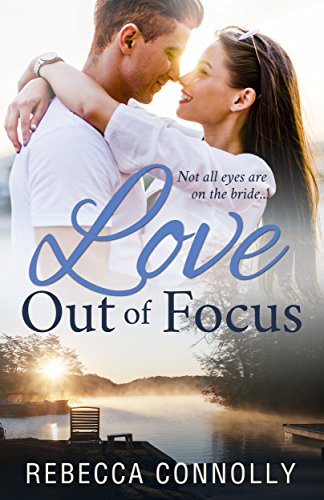 “Mallory Hudson loves her simple life as a photographer, even if it isn’t as exciting as she’d hoped. When her cousin Jenna comes with a proposition to hire Mal for her very exclusive wedding at a resort, Mal reluctantly accepts, and her world goes into freefall.

Hunter McIntyre isn’t sure what it is about Mal that fascinates him, but he can’t deny that she has caught his eye. The more time he spends with her, the more time he wants, and soon the wedding at hand isn’t the one he cares about.”

This book felt a little more predictable than her regency books, but still filled with sweet and sassy conversations and relatable characters you love to get to know. Rebecca writes such multi-dimensional characters that her novels are as much about human nature as they are about a beautiful story.

She also writes the complexities of romance to a tee. There is a point where Hunter describes Mallory’s laugh and says, “It was absolutely nothing out of the ordinary.” Which shocked me for a moment, usually author’s have the male protagonist describe a woman’s laugh as magical or bewitching. Then Rebecca his next words, “Except it was. It was absolutely extraordinary.” That’s when she gave me yet another reason to adore her writing. Love is so multifaceted that it happens different for everyone, and yet it somehow makes even the most ordinary things extraordinary. A true romance writer understands that and can express it.

Rebecca Connolly also had another book come out in February! The Lady and The Gent has been a much anticipated book for fans of her Arrangements Series. The really fun part, is it’s not the end of the Arrangments Series, but the beginning of a brand new series: London League. 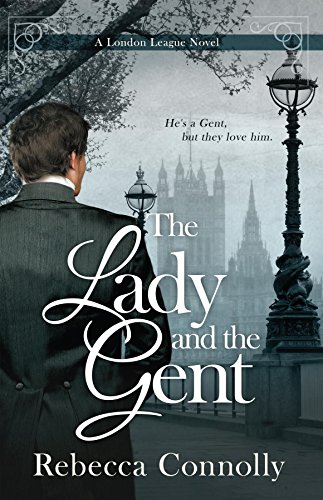 “Margaret Easton needs a husband, and she needs one now. Her parents are convinced that only a European will do, but Margaret wants nothing more than to stay in England. The trouble is that there is only one man Margaret can think of, or rather, one she cannot forget, and he wouldn’t do as a husband at all. Then she finds herself in his care unexpectedly, and her hunt becomes even more complicated than she could have ever imagined.

Rafe Thornton has never said more than ten words to Margaret Easton, but she is rapidly becoming the sole occupant of his thoughts. She is distracting him from his operative work as the Gent, and keeps him from his usual focused nature, which he doesn’t mind at all. When she stumbles into his world, his work and his emotions collide, forcing him to choose between saving the Crown, and protecting his love.”

This book was so completely improper and unabashedly forward for the time period, making it refreshing and delightful. Normally I wouldn’t say those two things couldn’t really work in a regency romance, but having Margaret’s parents be European travelers and Rafe and operative made it work, and work well. The adventure and mystery add to the romance and make it a book you wont be able to put down.

Rebecca somehow created the perfect woman for a man who has been to us readers a shroud for so long. Rebecca does a phenomenal job of flushing out The Gent so he becomes so much more than the operative shadow we’ve craved to know more about. He’s written with such heart and soul leaving the reader more than compensated for the wait.