Confessions, my reviews are few and far between that of my other sisters. Why? Well that’s confession number two. I’m a series reader. We are different in our reading opinions in so many ways! I have been reading the series called “Unfinished Fairy Tales”. by Aya Ling. The first book The Ugly Stepsister was adorable! 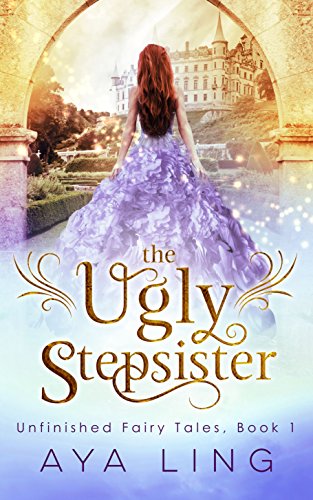 “Modern-day Kat is shy and bookish until an earth-shattering event forces her to come out of her shell. Cursed to remain in the world of Cinderella, the only way back home is to see Cinderella happily married to the prince. But everything seems to work against her favor. The other stepsister is drop-dead gorgeous and determined to be queen. The fairy godmother doesn’t seem to exist. To complicate things further, Kat’s unconventional behavior attracts the prince’s attention. Can she ever return to her own world?”

I loved her take of throwing a modern girl into a fairy tale era style of living with a prince and all! Kat responds in every possible way that I would have! My one struggle has been that Kat’s happily ever after came and then went, but there is more than one book so there is hope. I have started in on the second one and have enjoyed it so far though a couple of her phrasing’s have thrown me for a loop for example “you look different then I remember”, he shouldn’t be remembering anything because for him no time has passed. “Remembering” seems like an odd choice of word, but I digress. It’s been a cute story and I’m crossing my fingers for the eventual happily ever after for realz! –A.B.